we have been working as „theElks“ in Eswatini since 2012 and have two children (Annabel and Amaya). 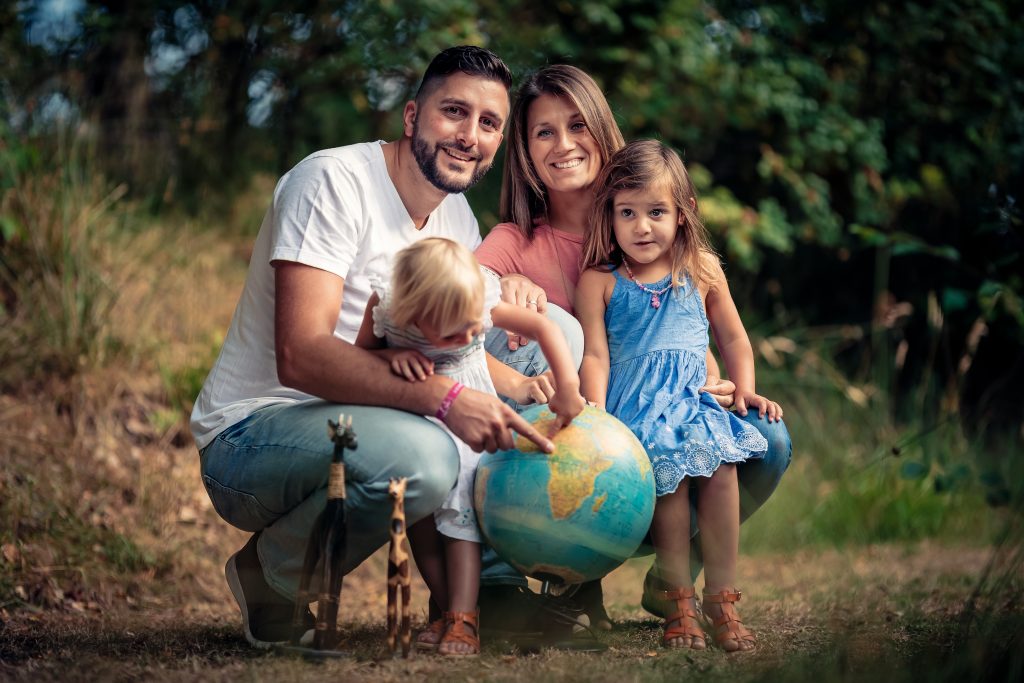 We are closely involved with this non-profit organisation that is restoring hope, equipping lives and building families through Christ-centered community care and community enterprise.

We are missionaries of VM-International and work in Eswatini in Southern Africa and beyond.

We are authorized by Royal Rangers International to operate this church-based ministry, which provides mentorship and leadership development in a highly relational and fun environment.

Eswatini is the smallest country in the southern hemisphere and offers great diversity. Since April 2018 the former colonial state even has a new name! Just in time for his own 50th birthday, King Mswati announced that Swaziland should be called “Kingdom of eSwatini” (again) in the future. Since September 1968 Swaziland has been an independent state and this should now be reflected in the original name of the country. Translated eSwatini means something like “Land of the Swazis”. 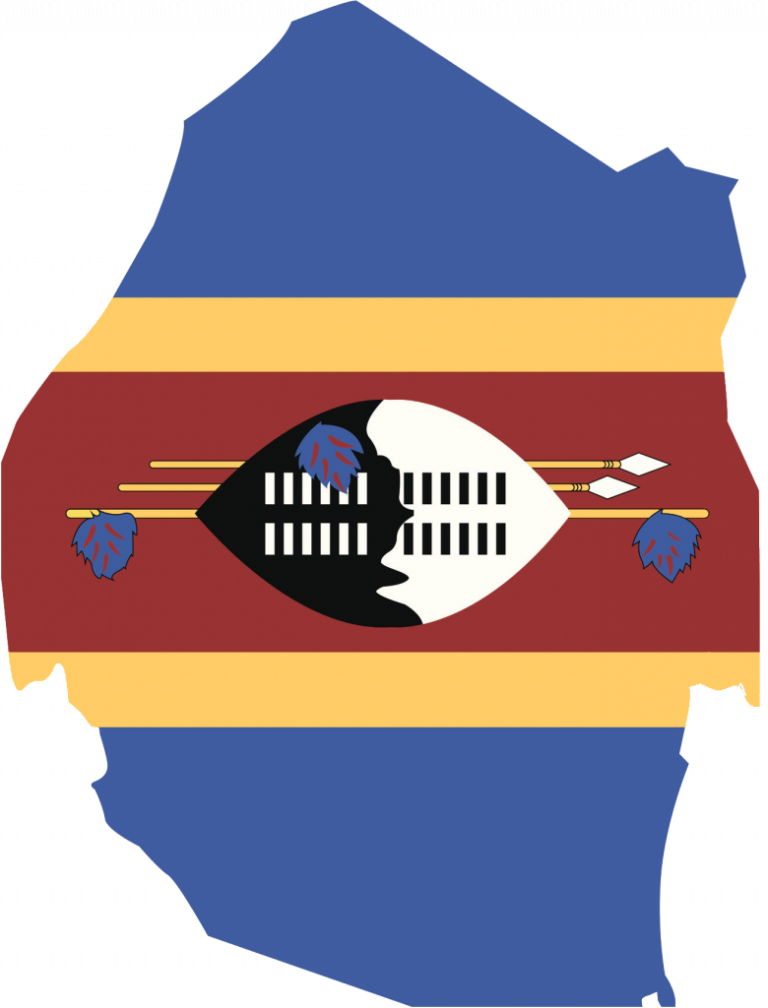 We believe that God's plans are always characterized by partnerships and that we do not have to travel alone. In this sense we would like to invite you to become part of this journey - by supporting us and the work here in Eswatini through prayer, donations or cooperation.

We offer volunteer opportunities all year round in which you can get involved in the Royal Rangers Ministry here in Bulembu, serve in the local church, school and other projects.

Furthermore you can discover what God has for you, encounters a foreign culture, dare something adventurous and extraordinary and make experiences that will enrich your life.

Serve as a Team

Pray for our ministry, our country, our staff and family. For years your prayers, encouragements and promises have carried us, opened doors and kept us going! Thank you for continuing to carry us in prayer.

We are facing the challenge of being 100% dependent on donations and can experience day by day that God is faithful!

You have it at heart to be part of it and to give us a monthly or one-time donation or to support one of our projects.

As an ambassador you have the chance to represent our work in your community, your work place, school, university or church. This is an important position that comes with a certain degree of responsibility, but it is at the same time a great reward in the knowledge that your valuable time and resources contribute to spreading the gospel here in Eswatini.

We believe that you as an ambassador can have a significant impact on our work in this country.

We trust that when your passion connects with God’s purpose, the impact will be enormous.

Our on going projects that need Funding

Royal Rangers is an international Christian scout work, in which children and young people are mentored in character building and leadership development. We have already built up a large Outpost in Bulembu, this valuable work should be multiplied into the greater nation of Eswatini.

Royal Rangers is an international Christian scouting program, in which children and young people are mentored in character building and leadership development. We have already built up a large Outpost in Bulembu, this valuable work should be multiplied into the greater nation of Eswatini.

Many people worldwide are severely affected by Covid 19. Here in Eswatini, especially elderly people and people in need due to the Corona crisis are struggling to provide for themselves and their families. Even before Covid 19 this was often difficult, but now many families have lost their only income or cannot go to the next town to buy food because of the closure. The Royal Rangers, in collaboration with VM International, are helping here by providing food packages to those in needs.

Happy new year to you all! The last couple of yea

We have been very busy the last days. And we are

This is how we did church this morning!!! Thank yo

Social distances, not seeing friends and get the e

Royal Rangers is an international Christian scout organization, which mentors children and young people in character building and leadership development. Adventure and fellowship in connection with the Christian faith offer an excellent basis for this.

In Bulembu we have already established a large Royal Rangers Outpost. This valuable work should now be multiplied. 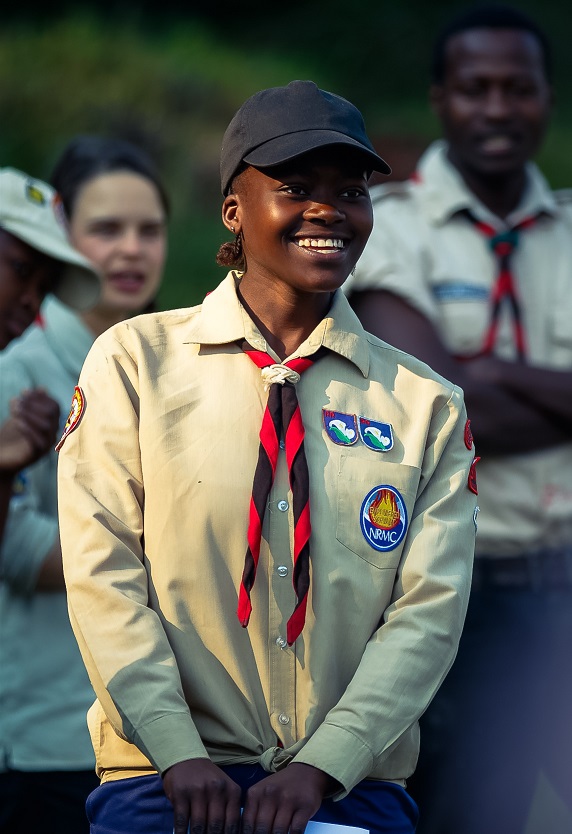 1.000 € is needed to establish one new outpost. This includes a starter package, travel expenses and the training of the leaders.

1,000 € are needed annually for outreaches – these are programs lasting several days at different locations to get children interested and excited about the Royal Rangers work.

4,000 € are needed annually to start aid projects for people in need in cooperation with the local Royal Ran

gers Outpost. This could includes renovation, maintenance and distribution of relief goods.

25.000 € are needed for an off-road vehicle to enable nationwide operations on impassable roads.

Eswatini is the smallest country in the southern hemisphere and offers great diversity. Since April 2018 the former colonial state even has a new name! Just in time for his own 50th birthday, King Mswati announced that Swaziland should be called “Kingdom of eSwatini” (again) in the future. Since September 1968 Swaziland has been an independent state and this should now be reflected in the original name of the country. Translated eSwatini means something like “Land of the Swazis”.

Bulembu is located on the South African border at the end of a steep road west of Piggs Peak. The surrounding mountains include the 1862 m high Emlembe Peak, the highest peak in the kingdom. Situated at the foot of the mountain, the city is surrounded by the natural beauty of lush green hills and eucalyptus forests.

Built in the 1930s to supply the Havelock asbestos mine – once the mainstay of Swaziland’s economy – this mining community remained a ghost town after the asbestos market collapsed and the mine was closed. Since then, it has been given a new lease of life thanks to a groundbreaking charity project that has revitalized the community by combining social care – including the placement of at-risk children in the former miners’ homes – with industries such as honey production, spring water bottling, a dairy and a bakery. Today, tourists can visit the fascinating and well-preserved mining museum, stroll through the old colonial buildings, and see local stores in action, stay at the charming and revitalized Bulembu Country Lodge and hike in the hills.

We have been working as “theElks” in Eswatini for 8 years and have two children (Annabel and Amaya).

Hello! We are the Elks, and we would like to introduce ourselves as well as give you a short background to how we got where we are and what our work is.

Allison El-Kaakour, formerly Smith, came to Eswatini in 2007 to be a teacher at the Bulembu Pre-Primary School. In 2008 she began pastoring the youth group at the Bulembu Community church as well as teaching. She found her passion within youth ministry and teaching the children of Bulembu. In 2010 Bulembu opened up Royal Rangers and few months after the launch of the ministry Allison was also put in charge of pioneering and building the new ministry. With very little skill in scouting, but a whole lot of heart and amazing mentors in Cape Town who walked hand in hand with her the first few years, and a team of dedicated young leaders, the ministry thrived and became a blessing to the children of the Bulembu Community. This is how Allison and Ahmad met! In 2012, when yearly Ranger camps came around, a young handsome German man who was interning in Cape Town for the Royal Rangers travelled to Bulembu to help run the children’s Camps. That was the beginning of our journey together. In 2013 Allison and Ahmad were married. They left teaching at the school and focused solely on Youth pastoring and running Royal Rangers.

Ahmad El-Kaakour moved to Cape Town, South Africa in 2011 to be a volunteer under the Royal Rangers national Directors, Tammy and Gerhard Uys for 6 months. In the time he was volunteering there, the team from Cape Town made the long drive to Bulembu, Swaziland to help run children’s camps. Upon driving into Bulembu for the first time, Ahmad felt the Lord calling him to this little town. During the 6 weeks they were in Bulembu the Lord stirred Ahmad’s heart and he applied for a job in Bulembu. Alongside of that, he met Allison, an American missionary, and a relationship very quickly developed. Ahmad moved to Bulembu in October 2012 to teach and work alongside Allison in running the Royal Ranger ministry and youth ministry. In 2013 Ahmad left teaching to focus on Royal Rangers and youth ministry and both he and Allison were married in August of year.

In 2016, Annabel Grace was born and shortly after, in 2017, Amaya Hope entered the world.  Both girls are adventurous, kind and love the outdoors and animals. It takes a village to raise a child and we are truly lucky to have friends that are like family who we can raise children alongside. As well as the young people in Bulembu who love our children like their own family. We count it a blessing to raise children where we do.  We love the Swati nation, the people, the land. We are so grateful to be counted by the Lord, and sent where we are.

In 2019, we left the Youth ministry to focus solely on Royal Rangers ministry as the National Leadership position was taken up a few years earlier. Now that the Bulembu outpost is well established and a strong leadership team in development, our aim is to also be able to focus on the National Leader role more in partnering with churches, children’s homes and ministries to start Royal Ranger ministries around Eswatini. Discipleship, mentoring and leadership development are Passions God has placed deep within us.  Allison also runs a little pre-school and kindergarten a few days a week that caters to a variety of people in the area.

2020 hit the world by force and stopped a lot of progress in many areas. However, we have taken the time to take stock of where we are at, what’s the mission going forward and strategies. We look forward with anticipation, excitement and fervour.